If you have an EU driving licence that was issued in exchange for a non‑EU licence, and you wish to move to another EU country with your converted licence, you should be aware that your new licence may not be recognised there. This is up to each EU country.

You need to check with the local authorities in your new country what the conditions are for recognising non-EU licences.

The EU driving licence you were issued with when handing over your non-EU licence should contain a code indicating the country that originally issued it (e.g. 70.0123456789.NL).

Angeles is a Chilean who moved to Spain a few years ago. As Spain recognises Chilean driving licences, Angeles was able to exchange hers for a Spanish one after meeting a few administrative formalities.

With this new licence, Angeles can drive around the EU. However, if she ever moves from Spain to another EU country, she will have to check that the authorities there recognise her Spanish licence. 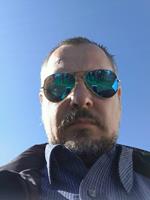